When I first moved to Vegas, there was no “Arts District.” There was only downtown Las Vegas, which had small, tired casinos, lots of street people, homeless beggars, and Saturday night cruises down Fremont Street were still a thing.

Months later, however, things began to change, starting with the building of the lighted canopy on Fremont Street named The Fremont Street Experience. It was 1994, and it marked the end of one historical era and the beginning of a new one. And this wasn’t necessarily a bad thing. Why? Because Vegas!

Once the canopy was completed, the expansion into “Fremont East” began, and beginning in 1998, the Arts District was born. It has been steadily growing ever since. Of course, it had a significant hiccup during the Great Recession, but we all did. During that time, Vegas was essentially the poster child of the effects of the recession, and it was pretty terrible.

I’ve watched the Arts District grow even more during the eternal hell that was Project Neon, and it is still growing and thriving. In fact, a lot of the changes that took place ran concurrently with Project Neon, and while it affected some of the small businesses (i.e., total traffic hell), the result has been extraordinary.

The Arts District downtown is about 18-ish blocks of boutique restaurants, galleries, wine bars, regular bars, vintage clothing shops, and more. The occasional vintage Vegas casino neon or old hotel sign pops up from time to time. I hope that more of those old signs can be moved out of the Neon Museum and be allowed to showcase Vegas’ history.

To really enjoy the Arts District – I’m told – is to do the First Friday Art Walk. I’ve also been told that it’s a zoo, with upwards of 30,000 people showing up to enjoy the evening fun. We’ll see.

Last weekend, a group of us went to Esther’s for dinner before heading to The Smith Center for a showing of Jimmy Buffett’s Escape to Margaritaville. Esther’s Kitchen is one of those magical little restaurants in the Arts District and is the brainchild of owner and Executive Chef James Trees.

Billing itself as a Seasonal Italian Soul Food place, the food there is delicious, and the drinks are very well crafted. Consider Lyft or Uber. Just sayin’.

Our waiter Aaron was incredibly knowledgeable about every single aspect of every menu item.

There’s one essential thing that you need to know about Esther’s Kitchen, and that is the menu is seasonal. Really seasonal. That bowl of pasta and cocktail you have tonight may not be there when the seasons change. Which, in my opinion, is how it should be whenever possible.

Before I get to the food, I have to talk about the cocktail that I had.

Honey Ryder, made with honey gin and limoncello with a piece of skewered honeycomb and a twist, was flat out amazing. And potent. It was essentially a “honeytini,” and served in a quasi Nick & Nora glass. The honeycomb gradually melted into the drink, darkening it as it dissolved. Awesome.

We began our dinner by ordering the charcuterie and cheese appetizer. Typically, those are served on a single board or platter.

Not at Esther’s! The appetizer was served in bowls of pickled vegetables, smaller bowls of condiments, a board of sourdough, platters of meat, cheeses, and butter on different boards and plates. It seemed unending. For two people, that would have been a complete meal. The table remained mostly silent as we passed boards, platters, and plates around and inhaled.

They have, as expected, pizza and pasta as well as main courses. I chose the market fish of the day, which happened to Brazini served with calypso beans, chanterelle mushrooms, and arugula.

Unfortunately, this dish was the first hiccup in foodservice.

The fish was luscious, but the sauce was so oversalted that I could barely eat it.

I flagged down Aaron, who took care of the issue immediately.

The replacement came back quickly, and it was perfectly seasoned and delicious. I wolfed it down.

After settling our bill – not exactly cheap but well worth it – our intrepid group called Lyft, and we piled into the responding SUV for our trip to The Smith Center.

The Smith Center and Escape to Margaritaville

Actually, the musical play was quite entertaining, even if somewhat predictable. It was my first time sitting in a box in the Parterre section. We “sang” along with the songs that we knew. We were wearing tropical shirts and headpieces and were surprised to see that a lot of other audience members were into the whole tropical vibe.

What I liked about the play was that it was at The Smith Center, one of my favorite locales in Vegas, due in no small part the fact that it’s all Art Deco. Even though Casa Wineaux isn’t decorated in the Art Deco style, it is one of my favorites. TSC showcases beautifully finished woods, clean lines, polished and antique brass signs and statuary, and simple typefaces. If The Budget™ allowed it, I’d be there more often, even if just to admire the décor.

I know that this has been verbose, but if you are visiting Vegas, you need to stop at the Arts District, Downtown, and The Smith Center. If you already live here and haven’t been there, why not?!?

Oh! And one more bit of trivia. The Arts District, The Smith Center, and Downtown are all in the actual City of Las Vegas. The Strip is not. It is located largely in Clark County. Yes, it’s complicated, but what can you do.

Paso Robles Wine Festival - The Road Trip, Part Deux
I'm especially happy that I had the presence of mind to stop at Refugio Sta...
Research, Me, and Bibliography - Part Six
"There has never been a peer reviewed or scientific study done to corrobora...
Sommelier, Con't & Summer Wines
It was comfortable enough in the shade, but the shade was rapidly retreati...
Scandal (the show), Olivia, and Me
Someone told me that the main protagonist and central character of the ABC ... 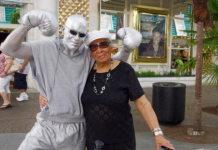 Has It Been Five Months?!? 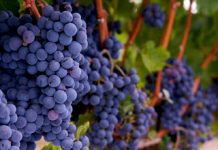 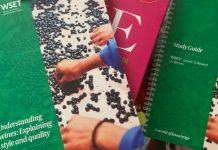 Join Our Meetup! If you're local, join one of the most active wine clubs in the Greater Las Vegas area! We're nine years strong of wine tastings, events, socials, and fun. Each person has to be approved, but it's worth it!

ABOUT US
Welcome to Vegas Wineaux, the place to come for news about wine, Vegas, travel, and other lifestyle information!
Contact us: info@vegaswineaux.com
FOLLOW US
© Vegas Wineaux
Customized Social Media Icons from Acurax Digital Marketing Agency