Hockey in the Desert

The Las Vegas Golden Knights hockey team has become a phenomenon, not only in Vegas but in the NHL and to hockey fans everywhere. Their first year saw them work from being a brand new expansion team all the way to the Stanley Cup finals, a league record.

Their first game was just days after 1 October, the deadliest mass shooting in American history. The Knights embraced Las Vegas and Vegas fiercely embraced them back. The rest, as they say, is history.

I went to my first (not a typo) Golden Knights game a couple of evenings ago and came away with some interesting insights.

First, I’m originally from Philly. I don’t have to tell you that the Philadelphia Flyers, aka “Broad Street Bullies,” have always been my team. That said, I immediately became a fan of the Golden Knights, too. How could I not? I love my adopted home town, and with the Golden Knights being a brand new team and giving their all, becoming a fan was one of the easiest things I’ve ever done. 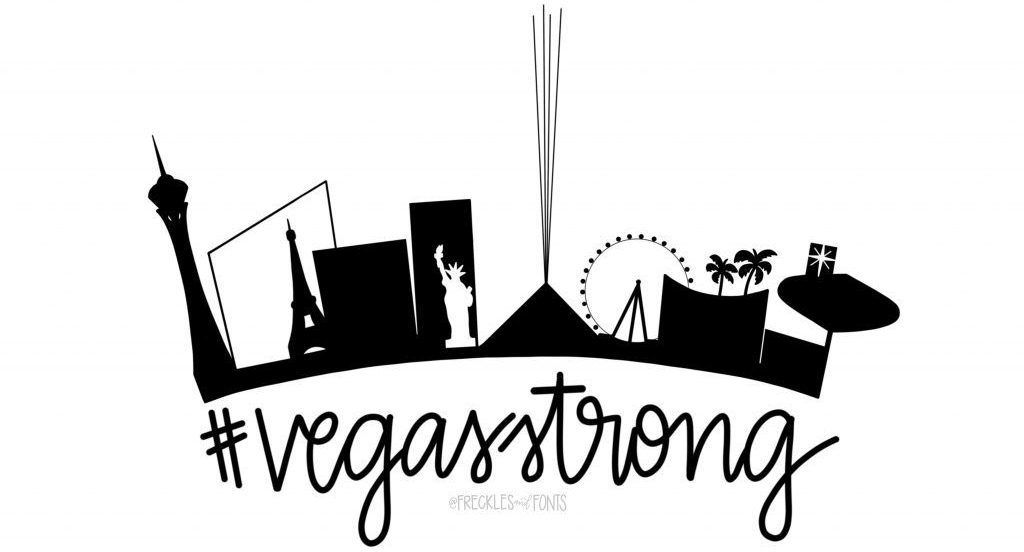 The Golden Knights won against the Florida Panthers in an overtime shootout, which was a heart-pounding, nail-biting, belly-clenching, ulcer-producing screamfest. We left drained and ecstatic, happy that the Knights had pulled out another win.

In my years of keeping an eye on hockey – I haven’t followed hockey really closely since leaving Philly 100 years ago – I noticed some changes from the time that I was a Flyers fan.

I’ll start by saying that can take the girl out of Philly, but you can’t take Philly out of the girl. Vegas Golden Knights fans are adorable. “Go Knights Go” is the primary chant, and it works. 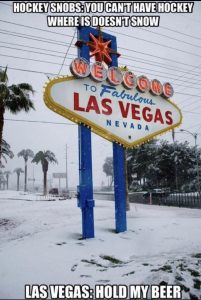 But when they found themselves trailing the Panthers, Go Knights Go didn’t quite cut it for me. I couldn’t help it. I devolved into the ugly Philly fan, and I’m proud of it.

Kick their asses! You’re on the wrong side of the rink! That’s sloppy passing! WTF, Refs!

There were other, more profane, things that were swirling around in my head that I didn’t utter. Hey. I never claimed to be ladylike! The very nice Golden Knights fans need to up their yelling game. That’s all I’m sayin’.

I noticed a lot of changes in the hockey players. Watching hockey years ago, I had the mindset that the players were largely semi-toothless stocky combative white guys who sometimes played while bleeding.

The new hockey players, on the other hand, OMG. The players are a rainbow of colors, and because of the improvement in the quality of safety equipment, fewer are toothless, and more of these boys are hot!

Despite the enthusiasm, there is a certain roadblock to be able to attend more of the games. So what’s keeping me away? The cost of the Golden Knights tickets is Through. The. Roof. The Detroit Red Wings are playing here soon, and I thought I’d see if I could sneak the cost of a downstairs ticket into my budget. I looked at the prices and then I understood why many Golden Knights fans find that it’s easier to go to an opposing team’s home game (Anaheim Ducks, for instance), get a hotel room, buy tickets for the entire family (with good seats!), and cheer for the Golden Knights for a kick-their-asses win, for less than the cost of one Knights ticket. Ouch.

And then there’s the stuff. I paid $30 for a Golden Knights hat. It had sparklies, so I guess that’s okay.

I had the mindset that the players were largely semi-toothless stocky combative white guys who sometimes played while bleeding.

Certainly, when I looked at all of the costs, I had to decide if going to an exciting game was more important than, say, the house payment. I decided that the roof over my head took precedence over the game. That way, at least I can watch on tv. Which I can’t do if I’m under the bridge at Sahara and the I15 begging for sustenance.

Rants about costs aside, nearly every VGK game has been sold out because this is Vegas, Baby, and it’s a show! Even though we were in the nosebleed seats, it was easy to see that the fans are passionate, engaged, enthusiastic, and completely have the Knights’ backs. Despite the fact that their cheering needs a little Philly-style tweaking.

That said, I will be saving my nickels and dimes for a game next season, or I’ll spend a weekend at an opposing team’s venue and maybe my not-so-inner Philly will come out.

All of that being said, there’s one part of hockey that has always fascinated me, and that’s the skating ability.

Hockey skating is a ballet. If you focus on the feet and legs of the players, you’ll see extraordinary, mesmerizing skill. I have watched them skate backward with an ease and grace that easily beats my walking forward on non-slippery ground in sensible shoes. While I enjoy figure skating, I feel that the skill of the hockey player is just as amazing, if not more so. If I tried to do what they do on the ice, your girl would have to be carried out in a bucket.

I know that this post has nothing to do with wine, but I had to share my experience with one of my guilty pleasures. I’ve always loved skating – both roller and ice – and I think that “even hockey” is filled with beauty, fun, and elegance.

Honeymoon, Africa, Cape Town, and Wine! (Part Four - Stark-Condé and Tokara)
However, it was the sign in front of the vines that proved the most disconc...
Apple Watch 3 - One Year Later
Okay, I've owned my Apple Watch for nearly a year. Am I still feeling the l...
DTH* - My New Muse Wine, 2017 Justin Rosé
I often get confused looks when I ask my friends what do they do with lefto...
2017 Desparada Fragment Sauvignon Blanc - Again
This wine is more than just a "pop and pour" Sauvignon Blanc. It is sensual...

Vegas Wineauxhttps://vegaswineaux.com
Hi! I'm the owner of this crazy Vegas Wineaux site, and I love to write about my experiences with wine, food, Wine Country, lifestyle, and (fabulous) Las Vegas! Click on any of the Social Icons to follow and see what I'm up to!
Previous articleMonth from Hell – More or Less
Next articleOld Vegas Dining is Alive and Well!

Why do I think that people enjoying wine is a wonderful thing? Isn’t wine just for snobs or the very rich? That’s where I come in to rid everyone of those notions. We can all achieve wine snob status without being snobby about it! Go the About Me page for more!
Contact us: renie@vegaswineaux.com

A Loaf of Bread, A Jug of Wine, and Brrr